Like the religious expert who questioned Jesus, sometimes we can become so enamored with understanding deep theological truths that we lose sight of what’s most important.

When we stand before God someday, our theology will come to nothing…

…if we have failed to love those created in his image who stand before us today.

As a lot of you reading may know, at the beginning of this month, John Gray and several other prominent African-American pastors had a meeting with President Donald Trump regarding criminal justice and prison reform.

It couldn’t have gone any worse…for the pastors, that is.

Ever since the meeting, the internet has been the skewer used to roast these pastors over a racially-fueled bonfire. Many angry black brothers and sisters threw their share of accelerant on said fire, essentially accusing the pastors of being “Uncle Toms” and getting coozy with the “enemy”.

I don’t approve of the name-calling…but I understand their angst about the situation.

As optimistic as I would like to be, it’s hard for me to believe that any real progress was made as a result of the meeting itself. No disrespect to the President, but his administration doesn’t exactly have a good track record when it comes to racial issues. So, it’s certainly understandable that many African-Americans viewed the meeting as nothing more than a publicity stunt.

On the flip side, however, there are also those who praised the pastors for being willing to meet with the President at all, citing the many biblical examples of prophets who prayed for unjust leaders and spoke truth to power. Add to this the castor oil that many in the black community don’t want to swallow: whether we want to claim him or not, Donald Trump is the President of the United States…and it’s going to take collaboration with him on certain issues to see some of the changes we want to see.

My gripe with this whole thing is that, as usual, neither side seems to want productive dialogue with the other. The preferred method of dealing with most social dilemmas nowadays is to stay on our side of the trenches and blindly hurl mortars and grenades at the other side.

It’s just easier that way, isn’t it? Sure it is.

But the blind tossing of incendiary words only serves to make the problem worse…and create more casualties than needed.

When will we learn to stop our verbal bombardment, step out of our trenches, and actually speak to instead of at each other? When will we humble ourselves and be willing to admit that the other side is actually worth listening to?

When we will stop trying to oversimplify complex issues? When will we admit that there are some issues that aren’t simply black or white? Maybe, just maybe, some issues are black AND white…as in, there may be validity to both sides of the argument.

And only cooperation from both the black and the white side (pun intended) will bring about a viable solution.

I just hope we can begin to realize this sooner than later.

“One of the ways you can tell that your kids are just borrowing your faith is if they never ask questions.”

“If it was God’s desire to provide us with an accurate and reliable account of the life of Jesus, an account we could trust and recognize as consistent with other forms of eyewitness testimony, God surely accomplished it with the four gospel accounts.

Yes, the accounts are messy.

They are filled with idiosyncrasies and personal perspectives along with common retellings of familiar stories. There are places where critics can argue that there appear to be contradictions, and there are places where each account focuses on something important to the author, while ignoring details of importance to other writers.

But would we expect anything less from true, reliable eyewitness accounts? I certainly would not, based on what I’ve seen over the years.”

“I’m alarmed sometimes when I hear Christians make inaccurate statements related to the nature of evidence.

Even though a particular fact may not have the individual power to prove our case in its entirety, it is no less valid as we assemble the evidence. When we treat circumstantial evidence as though it is not evidence at all, we do ourselves a disservice as ambassadors for the Christian worldview.

Circumstantial evidence is powerful if it is properly understood.”

Can all of our society’s problems be solved by following two simple rules?

Can all of our society’s problems be solved by following two simple rules: love God with every fiber of your being, and love others like you would love yourself?

Is that possible…or even reasonable?

I’m asking for a friend.

Is love the answer to it all? Is it possible to just love away racism and prejudice, injustice and oppression, bigotry and apathy? Or does love call for more than just kindness and compassion?

Would the sex trafficker stop prostituting young girls and boys if someone would just walk up to them and say “I love you”? Would all of these male celebrity household names have felt compelled to keep their hands to themselves during their heydays?

Would love have prevented President Trump from issuing the order to launch a missile attack on Syria? Or was love and concern for those that Syria may oppress the motivating factor?

Would genuine love put an end to this toxic, volatile, politically-charged atmosphere that our society has created? Would a real love for God…and each other…make a righty conservative actually work together with a lefty liberal for the betterment of everyone?

Is it really that simple?

I genuinely believe that loving God, and loving people, is the answer to our society’s ills. Plain and simple.

But how we demonstrate and apply that love in our everyday lives, and in various situations, is…….complicated.

Godly love isn’t as simple as a warm hug and gentle voice. Sometimes it’s demonstrated through turning over tables, uprooting and exposing evil and injustice, fighting for the oppressed and the helpless, speaking the truth in love even if it offends the hearer. And as much as I would like to box God’s love into one simplified application, it’s just not possible.

If I can say anything with absolute certainty on this subject, it’s that a real relationship with God is the only way to apply His love correctly and consistently. We won’t always get it right…but we need His guidance to get it right more often than not.

Maybe not so much.

“Christians are often accused of being ‘biased’ simply because they believe in the supernatural. This accusation has power in our current pluralistic culture.

Biased people are seen as prejudicial and unfair, arrogant and overly confident of their position. Nobody wants to be identified as someone who is biased or opinionated.

But make no mistake about it…all of us have a point of view. All of us hold opinions and ideas that color the way we see the world.

Anyone who tells you that he (or she) is completely objective and devoid of presuppositions has another more important problem: that person is either astonishingly naive, or a liar.”

Is control really the main issue behind gun control? 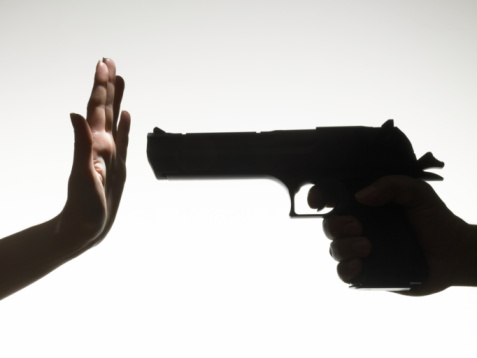 Control can be a funny thing.

It’s something that all of us want…at least on some level.

We want control of our livelihood, our immediate surroundings, our material possessions. We want to dictate who we’ll befriend, who we can date, who we can sleep with, who we’ll keep or dismiss from our inner circle. Sometimes, we really believe that things would be better off in society if everyone else just did things our way.

Truthfully, we tend to fear what we can’t control. In fact, we cringe at the very thought of being controlled by someone, or something, other than ourselves. We’ll fight tooth and nail for what we perceive to be our rights…and we’ll fight anyone we perceive as a threat to these rights.

I see this at play with the current broiling war over gun control.

Both sides clearly have control issues.

I see this most vividly in each side’s attempt to control the narrative about the opposing side. They want their counterpart to look as bad as possible to everyone else. And neither side is afraid to opportunistically use tragedies to push their political agenda.

The really sad thing in all of this is that while both sides bicker over gun control, very little is actually being accomplished.

For all of the reasoning and argumentation coming from both sides, neither seems to be doing much to stem the tide of gun violence in our nation. Men, women, boys, and girls are still being gunned down on an uncomfortably regular basis.

So what’s the solution? Well…of course I’m going to say that it’s Jesus.

Yes, I believe wholeheartedly that following Jesus’ example of love…and concern for social justice…is the way to solve this dilemma. But how does that actually play out in all of this? Is there some “one size fits all” blueprint for implementing Jesus’ formula into this problem?

Is Jesus for more gun control or less gun control? There’s the million-dollar question. Wouldn’t it be simpler to just have Jesus pick a side? I certainly think so.

So…where does that leave us? I clearly don’t have all the answers. But I think it leaves us in a place where we really have to re-evaluate both sides of the gun control debate. I think we may even need to reassess whether control is really the issue at all.

The issue just might be that we don’t love our neighbor like we would want to be loved. What if it were not control, but Christlike love, that was the driving force behind gun control policy? Sounds incredibly naive and idealistic. But then again, so do most of the solutions to many problems.

Until those problems are solved. 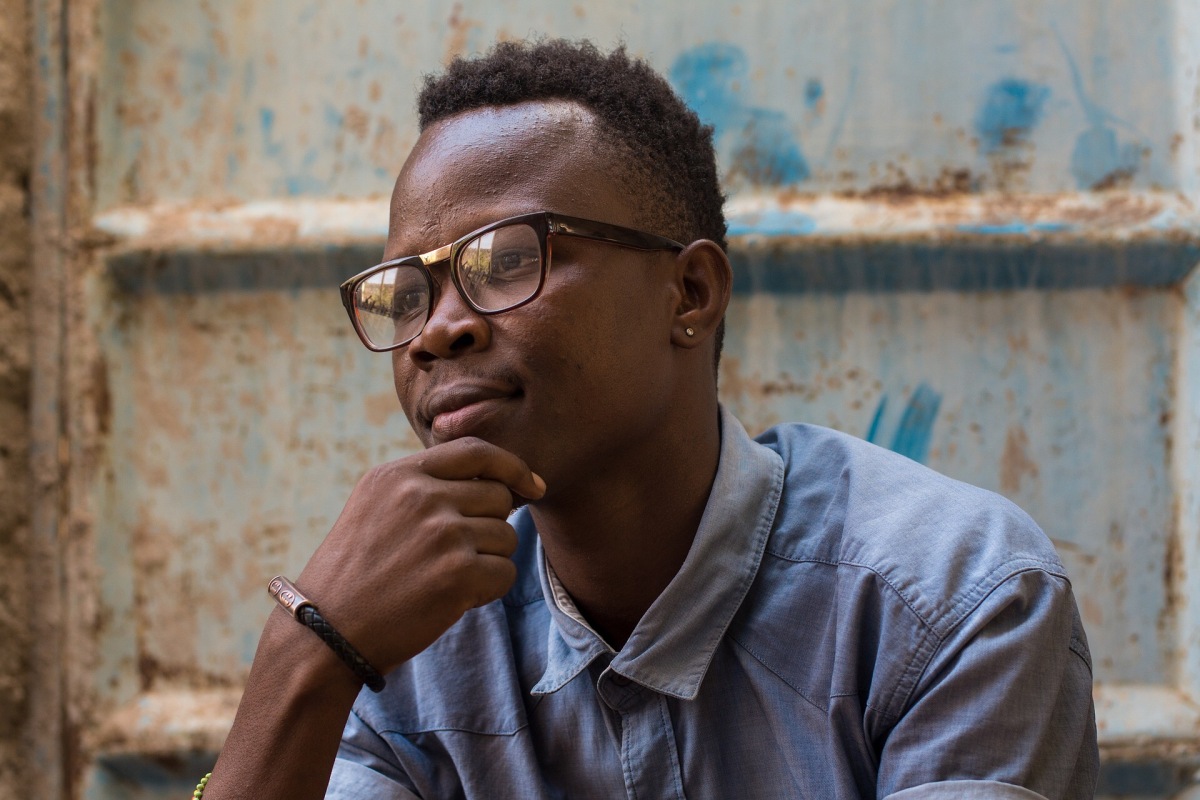 “Can you serve your boss and others at work, helping them to succeed…and can you be happy, even when they receive the promotions and you get overlooked?

Can you work to make others look good without envy filling your heart? Can you minister to the needs of those whom God exalts and men honor…when you yourself seem neglected?

Can you pray for the ministry of others to prosper when it would cast yours in the shadows?

If God places you there, will you, like your Master, serve for years in your own equivalent of an obscure, village carpentry shop…if that’s where God wants to grow you in godliness and deepen your knowledge of Him?”

“To most people, God is an inference…not a reality.

He is a deduction from evidence which they consider adequate; but He remains personally unknown to the individual. ‘He must be,’ they say, ‘therefore we believe He is.’

Others do not go even so far as this. They know of Him only by hearsay. They have never bothered to think the matter out for themselves, but have heard about Him from others, and have put belief in Him into the back of their minds…along with the various odds and ends that make up their total creed.

To many others, God is but an ideal…another name for goodness, or beauty, or truth. Or He is law, or life, or the creative impulse back of the phenomena of existence.

These notions about God are many and varied, but they who hold them have one thing in common: they do not know God in personal experience. The possibility of intimate acquaintance with Him has not entered their minds.

While admitting His existence, they do not think of Him as knowable in the sense that we know things or people.”